How to design mobile apps for film and television

I’ve summarized the main points you need to consider in an infographic. There is a lot more detail in the article below.

Many mobile apps fail, by fail I mean no one downloads them, and if they do, they don’t look at them more than once. Obviously, these apps didn’t meet the expectations of their intended audience. Perhaps the app marketing attracted the wrong people. It is more than likely that the app didn’t fulfill user’s needs that drove them to look at the app in the first place. There are many possible needs that might be fulfilled by an app related to a film and television creative property. It might include access to more stories, a social connection with fans of that creative property or an emotional need to develop further affinity with characters in the story.

You can learn a lot from the failure of other apps. It points out the most important things you need to understand when it comes to developing an app:

In order to answer these questions there are usually two approaches. One is to figure out the identity of your user and design an app for them. The other is to figure out how your user is going to use your product and design an app that will support those activities. Context is a third factor that can significantly affect both of these approaches. The user’s situation can have a major influence on how an app is being used.

Design for your audience

Understanding the audience for your app is great way to figure out the goals of your users. There are a lot of different ways of describing users but ultimately you want to create something more than just a demographic profile. You want to create a “user profile” This profile needs to describe a living person rather than an abstraction. It is going to be the profile that programmers regularly use to perform a reality check. They need to ask “Is this person going to be able to use this app successfully and be happy with the experience?”. User profiles need to have enough detail in them that they can describe a generic person, sometimes even giving them a name isn’t a bad idea.  You can even go as far as adding a profile photo. You want to remind yourself about things like “How tech savvy is the user?” and why they’ll be using the app. It is easy to add all kinds of new features to an app but you need to do a regular check against your user profile and assess if they would use it or even could.

It isn’t difficult to come up with a core group of users when your potential audience is small and well defined. It becomes a lot more difficult when you’re trying to create an app that is going to appeal to a large, diverse audience. For example, building an app for doctors with a general practice that need to keep track of their patient schedule means you’ve got a pretty small group of potential users. Imagine if you had a television show like “Lost” with 16 million viewers a week. Then imagine trying to come up with personality profiles that could define that audience. You might be able to get demographic information but it isn’t going to be enough to help you design your mobile app.

Design for the activity

This approach to design means you need to figure out the activity that the user is doing and make it easier or more convenient to succeed in that activity.  This means you’ve got to understand your audience and figure out what you think they might do. The best way to find out those activities is to talk to your audience. Social media is a great tool for that kind of communication. Once you’ve identified the activity, start thinking about how the user is going to accomplish that activity. You might come up with a very popular activity for your audience “Watch missed episodes”. There might be other activities that might also be popular such as “Read actor bios” or “Talk to a fictional character”, it is really up to you to figure this out. Once you’ve figured out the activity you’ll need to figure out the steps necessary to complete the activity.

For example, if you decided that the “Watch missed episodes” activity is going to a feature you would want to make sure that it is one of the first things a user would see when they launch the app. You wouldn’t want it buried beneath layers of navigation or content. The app developer team would then need to break down that activity into a collection tasks that need to be completed. Some sample tasks might include locating, loading and playing the episode within the browser.

Design for your context

Now, there is one more thing to complicate the situation. Designing for users and activities is great but the context can significantly affect them both.  It turns out that people are much more flexible in their behaviour than most people want to believe. The context can often make people act very differently than you’d expect them to. Our flexibility helps us to focus on what we are trying to do rather than thinking about whether or not our behaviour really reflects who we are as a person. To give you an example, take the activity of “Watch missed episodes” and imagine that most of your users are in the situation of commuting on a bus while they try to complete this activity. At this point it doesn’t matter if you’re a 50-year old welder or a 15-year old student, you’re trying to load and watch an episode at the same time you’re standing on a moving bus and holding onto a strap above your head. You might even decide to take the bus one day and try to watch video on your iPhone or Samsung Galaxy to get an understanding of the problems faced by your users in that particular situation. You will quickly realize that when you’re hanging onto a strap on a lurching bus you can only use one hand to both hold your phone and play the episode. You might also realize that the average commute is only 35 minutes while your episodes run 48 minutes long. Both of these are contextual examples that might have a significant impact on how you design the app. There is some great information on device usage in a report by Neilson.

Now you’ve got some of the basics on how to design an app. I’ve mostly focused on the users but there are other needs that didn’t really get a lot of time. Ultimately you’re developing your film or television app to make money. You’ll do this either directly through the app or by retaining and building your audience. You’ve got investors and networks that need to see evidence that the creative property you’ve got can actually make them some money. They’re in business and that is what motivates them.

In order to make sure everyone is happy you’ve got to keep doing your research. You’ve got to keep getting feedback to make sure that your app is meeting the needs of your users in their chosen context. You’ve also got to watch your business objectives and make sure that this is helping you make the business case that your creative property can capture and grow an audience. This means clear goals behind the app and a clear plan on how you’re going to gather the information you need to understand if you’re achieving those goals. It is complicated but like most industries being disrupted by mobile technology, you’re also in a place where there is a lot of opportunity. 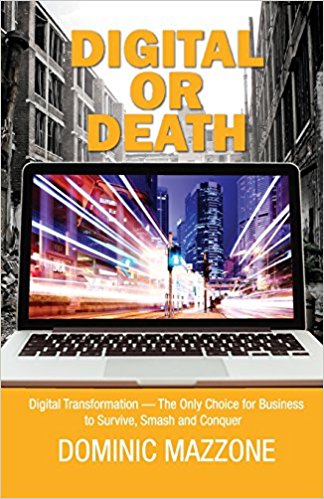